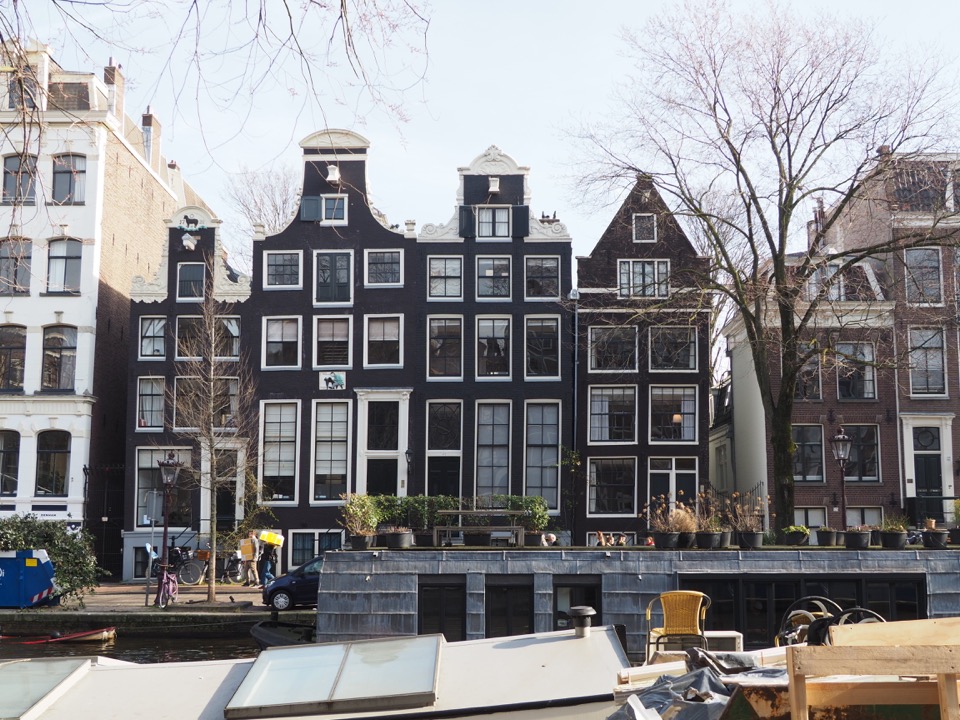 We had already been to Amsterdam in the past, but it was the first time with the children. This new trip to Amsterdam was a multi-generational holiday since the grand-parents joined us there. It was the perfect city trip to have 3 generations interested! As I often say, what I miss the most in our part of England, it’s culture so I really wanted to stay in a city where culture would be highlighted. So we chose Amsterdam for a 3-day week-end. Moreover, we were very lucky because the weather was gorgeous, which is quite rare in February!

Since we already knew the city and we wanted to adapt our stay to the children, we emphasised on Jordaan neighbourhood and we only spent a few amount of time in the hyper centre. Thus, as a family, we didn’t go to the Red Light District 😉. Another point: even if we avoided the touristic central part, from time to time, we smelled a few fragrances that were coming out of the coffee shops. That being said, the children didn’t even notice.

The canals in Jordaan neighbourhood:

It’s the perfect neighbourhood to wander along the beautiful canals bordered by buildings full of character. It’s strange because there is much less people than in the centre although it’s aesthetically and architecturally richer. Basically, I advise you to follow the Prinsengracht canal all the way, while making shorts in the perpendicular streets and the nearby canals. For example, don’t miss the Eglantiersgracht, Bloemgracht and Brouwersgracht canals. All along the Prinsengracht, you will find an endless choice of little cafés where you will be able to sit on the terrace, and from where you will quietly observe the life on the canal. We opted for this walking + coffee breaks version rather than a cruise on the canals because we wanted to take our time and avoid group visits. Anne Franck House is situated on the edge of the Prinsengracht canal (see below in the list of our visits). 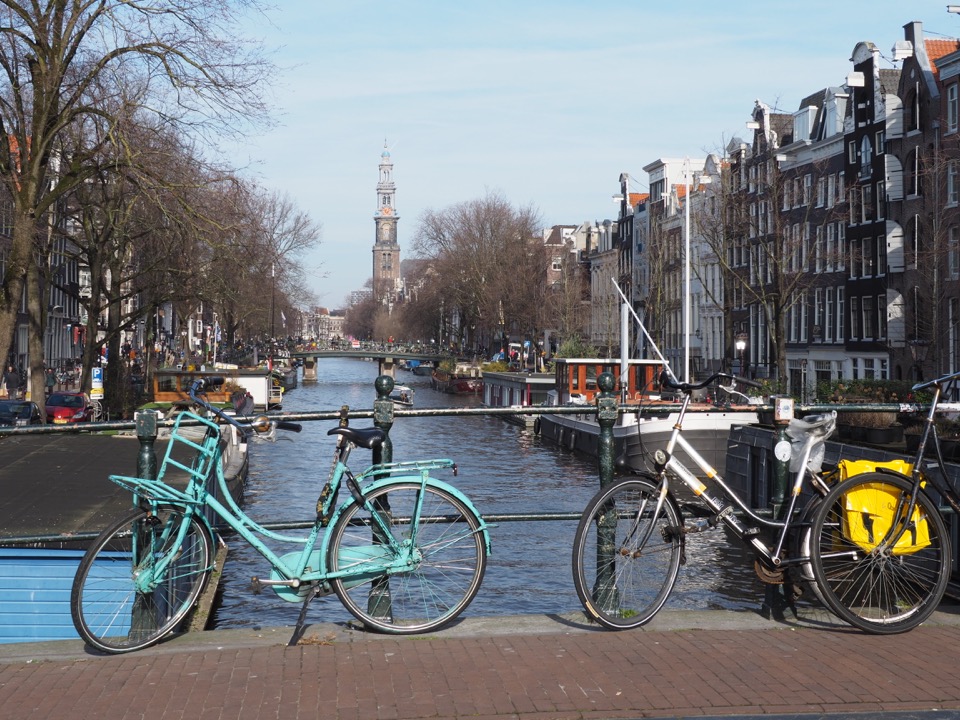